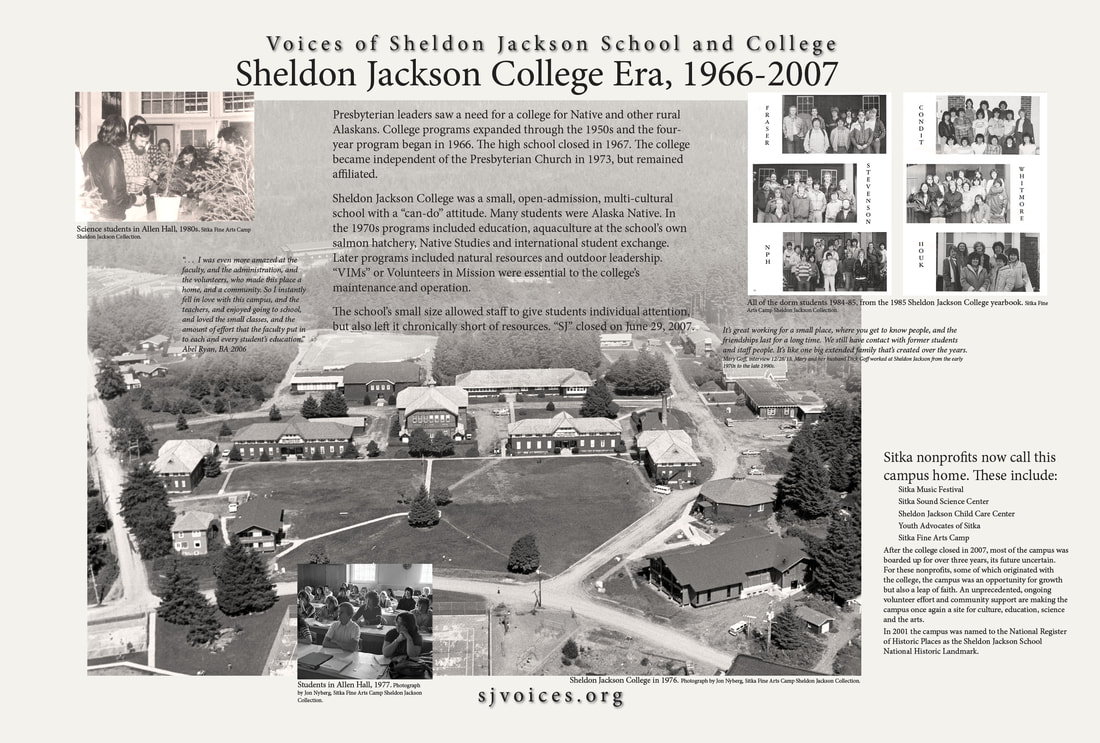 A Chronology of Sheldon Jackson School and College: The College

In 1942, the first students stayed on for junior college work; the Junior College officially began in 1944.

In January of 1952 the college’s first president, Les Yaw, was dismissed. At that time, the Sheldon Jackson School and all of the Alaska churches and missions were controlled by the Board of National Missions in New York City, and their Board of Christian Education, in Philadelphia; the Alaska missionaries had little say. Dismissal of Yaw may have been because the Board of Education wanted a more academic focus. It could also have been a case of personality conflict. The person who made the decision, the head of the Presbyterian Board of Christian Education, Katherine Gladfelter, held that position from 1949 to 1960. The dismissal was divisive for the campus community. Alumni and leaders, including Governor Gruening, wrote letters to the board of Home Missions urging his retention.

In January of 1952 Roland B. Wurster became president; in 1955 the Yaw Building (library and classrooms) was completed. In July of 1956 R. Rolland “Army” Armstrong became Sheldon Jackson's 3rd president.
In 1958 Condit Hall was built as women's college dorm (Condit was later torn down to make way for the Sweetland Hall.)
In 1959 Sheldon Jackson Junior College was 2/3 Native, 1/3 white; the High School was ¾ Native, ¼ white. In 1961 the school had 37 full time college students.
The next major transition occured in 1966, when Sheldon Jackson Junior College was accredited. In July, Dr. Orin Stratton became president. His model for Sheldon Jackson was Whitworth College, a Presbyterian school in Washington.
In 1966 the Rasmuson Building was built, as the Student Union and cafeteria, also known as the A-frame. In 1965 Kellogg Hall opened as a dorm for women. Later it became Volunteers In Mission apartments.
In 1967 the last high school class graduated.